Present-day technology is so powerful that the perception of reality can be easily and realistically modified with IT tools, providing users withan experience beyond “simple” reality. This is achievable by mixing real-world environment elements supplemented and/or augmented by computer-generated inputs. The current post unpacks this topic, focusing specifically on the data visualization aspects. In brief, augmented reality can take two approaches: 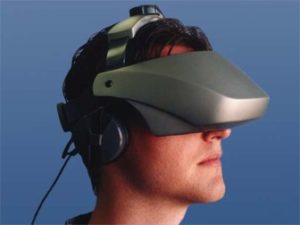 In this context, one of the very early examples of head-up displays can be found precisely in aviation, almost 80 years ago. In 1937, the German ReviC12/A fighter aircraft included a basic reflector sight indicating some basic aircraft magnitudes such as speed and turn rate, to reduce the (visual) workload of pilots in case of extreme maneuvering 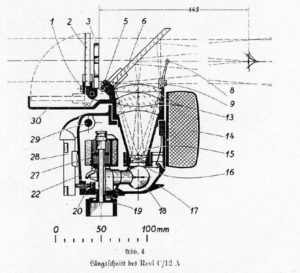 Nowadays virtually all modern fighters (F18, F16, Eurofighter) use head-up displays. The most modern versions (F35) do not have head-up displays, and instead include helmet mounted displays, ensuring the proper orientation of the user’s head, for all circumstances. 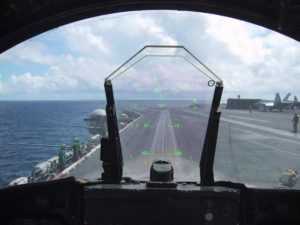 One of the trending topics of augmented reality within aviation is its usage in air traffic control (ATC), particularly in Tower environments. Below are two common approaches: 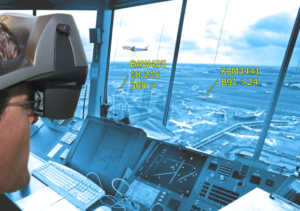 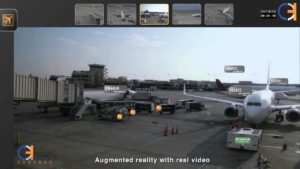 For the air passenger and mobility context, augmented reality and the wide range of solutions providing additional real-time information to passengers is taking off as well. (No pun intended.)
These technological innovations include indoor location tracking, real-time information on boarding gates, real-time updates on flight delays, and information on airport facilities and shops. This is also being expanded to knowing the number and location of available parking spaces to facilitate the passenger experience in the (sometimes not so easy) airport processes. For example, Copenhagen airport, in collaboration with SITA, created the very first augmented reality indoor app in 2012. Now there is an endless list of both airlines and airports with similar apps. 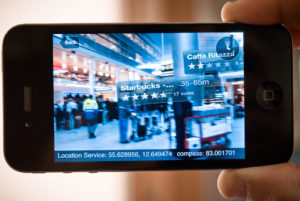 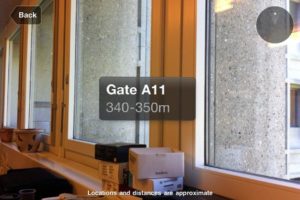 Do you think augmented reality together with innovative data visualization can have a significant impact in future aviation?
What are its challenges and potential benefits?
We’re interested in hearing your thoughts and ideas.